After the success of the Portsmouth Virtual Museum, the U.S. Department of Energy launched another virtual museum recently.  This one highlights the historic K-25 facility in Oak Ridge, Tennessee and its contributions to defense, energy and technology advancements from the 1940’s through the 1990’s.

In 1942, nearly 60,000 acres of East Tennessee landscape became part of the most significant defense strategy in the history of the United States – the Manhattan Project.  By September 1943, construction had begun on a two-million-square-foot plant known as K-25. The plant would enrich uranium using the gaseous diffusion process. Ultimately, its product would fuel one of two atomic bombs that would end World War II. 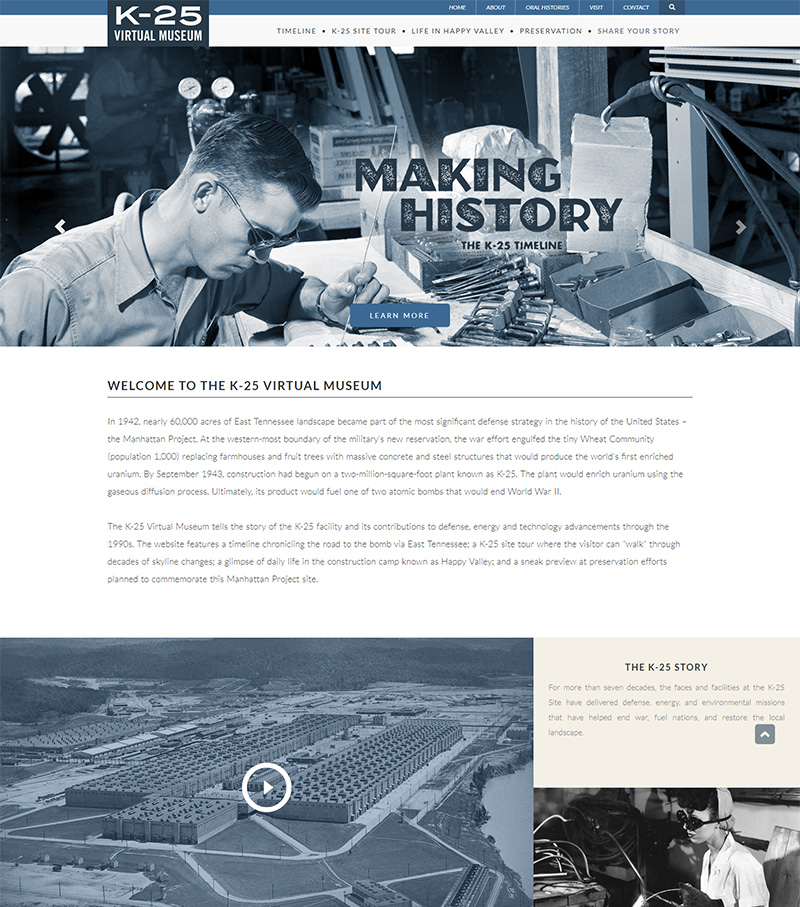