Local Impact of the Plant

On October 19, 1951 The Director of Production, U.S. Atomic Energy Commission, authorized the Oak Ridge Operations Office to undertake investigations related to selection of the best site for an entirely new gaseous diffusion plant.

These studies continued over the next nine months, including criteria the Department of Defense put forth relating to military considerations. Stone and Webster Engineering Corporation was awarded a contract for use of their services in selecting a suitable site. They weighed the geographic and economic characteristics of all the strategic locations of the United States and narrowed the next phases of their investigation to five regions:

Data accompanying this analysis led to the decision by the Atomic Energy Commission that the most suitable general area would be that portion of the Ohio River Valley lying between a point 150 miles upstream from Paducah, Kentucky and Parkersburg, West Virginia.

Under an extension of its contract, the Stone and Webster Engineering Corporation undertook a comprehensive study of numerous potential plant sites within the designated Ohio River Area. The services of the US Army Corps of Engineers (USACE), were obtained for soil analyses.

Criteria for the determination of the relative merits of the potential sites primarily included the following:

At all times, the Washington Office of the Commission actively cooperated in evaluating the information produced by the site selection studies.

On August 12, 1952 the Atomic Energy Commission announced that the new plant would be constructed on a site in close proximity to the Scioto River, in a rural region of Pike County, Ohio approximately 22 miles north of Portsmouth, Ohio. 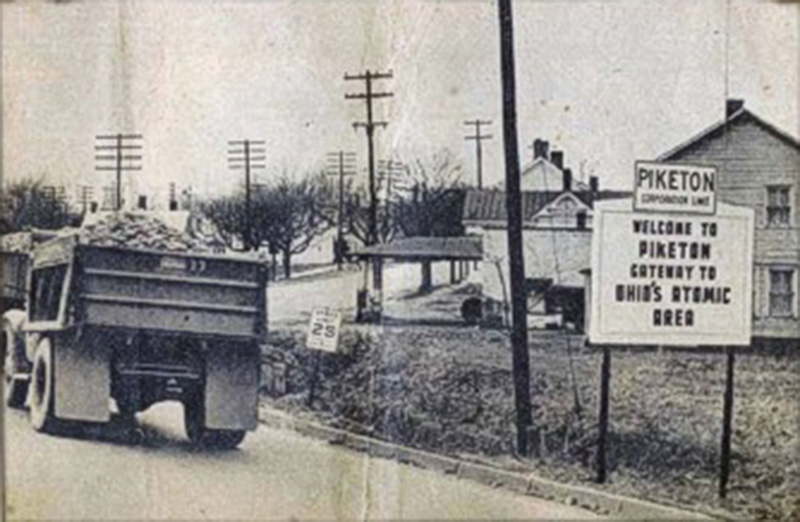 The entrance to Piketon announces all of the excitement in the area. The original sign was painted by high school boys.

An invitation from the Portsmouth Area 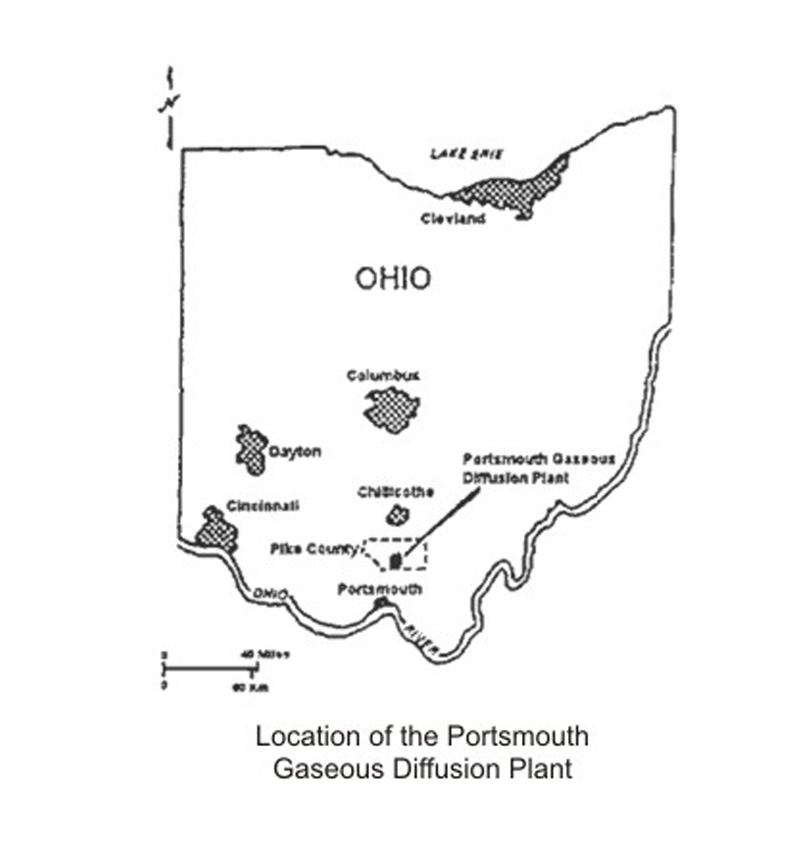