The X-103 Auxiliary Office Building was significant because of its use to irradiate thermoluminescent dosimeters (TLDs) for calibration of on-site TLD readers, meaning that the TLDs were exposed to a level of known radiation to aid in calibrating the TLD readers. TLDs are devices that PORTS uses in its human radiation protection program to measure gamma radiation exposure. When exposed to penetrating radiation, thermoluminescent materials absorb and store a portion of the radiation energy. When the material is heated during analysis procedures, this energy is released as light that can be measured to estimate radiation exposure. The former X-103 Auxiliary Office Building was a 10,000-sq ft, one-story (200 ft × 50 ft), steel-framed building with steel siding set on a concrete slab. It was used initially as a garage and later as administrative offices. The building is described as a “butler-type building” with a gabled metal roof supported by rigid-type steel framing bents spanning the width of the building. In general, the building floors were concrete covered in asphalt tile, with the exception of the floors in the utility room and vaults, which were smooth-finished concrete. Glazed-metal type partitions were installed to divide the building interior into a corridor and offices. Partitions associated with the toilet room and utility room were wall board on wood stud framing. The walls of the vault were concrete block. The X-103 Auxiliary Office Building was demolished in 2011. 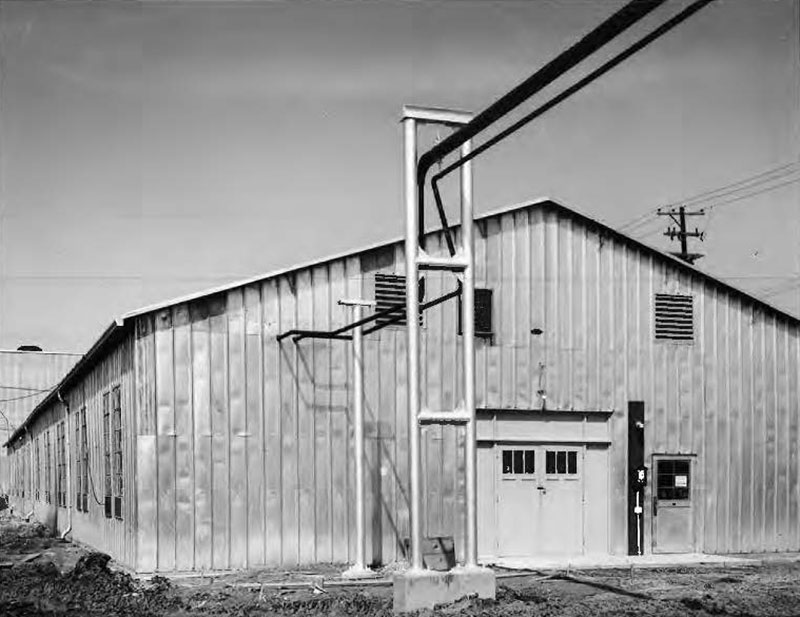