In an arrangement made between the Portsmouth Gaseous Diffusion Plant and the Ohio Valley Electric Corporation (OVEC), the X-533 Electrical Switchyard Complex was one of two high voltage switchyards that together provided up to 2,200 megawatts of power — enough to light up New York City at the time the plant was constructed in the 1950s. It furnished electric power to the cascade in the X-333 Process Building, one of three enormous uranium enrichment process buildings, attendant facilities, and was used for general purposes in the plant. It received power over four 330-kV OVEC lines. Power requirements were estimated at 950 megawatts of 13.8-kV for the process area.

The switching arrangements in the electrical switchyard were a complex and powerful arrangement based on double buses and the “breaker and a half” scheme. Main buses consisted of aluminum tubing mounted on pedestal supported insulators. Eighteen oil circuit breakers rated at 330-kV, 1600 ampere, 25,000 mva. interrupting capacity, were installed for the lines, transformers, and bus sectionalizing. A total of fourteen power transformers were installed for reducing the power supply voltage from 330-kV to 13.8-kV. One of the fourteen transformers was a reserve for all the others.

In 2006, an economic analysis conducted for the DOE determined that shutting down the switchyard was most cost effective, due to the high cost of maintaining manpower and deteriorating equipment. On November 1, 2008 the Switchyard Complex was de-energized and removed from service. In 2009, it was determined that the deteriorated buildings in the complex and the threat of hazardous substances being released into the environment warranted its decontamination and decommission. Pre-demolition activities such asdisconnecting and isolating utilities, draining oils, removing waste, and removing equipment, buildings, and towers prepared the X-533 for its decommissioning in March 2011. The remaining switchyard, X-530, continues to operate. 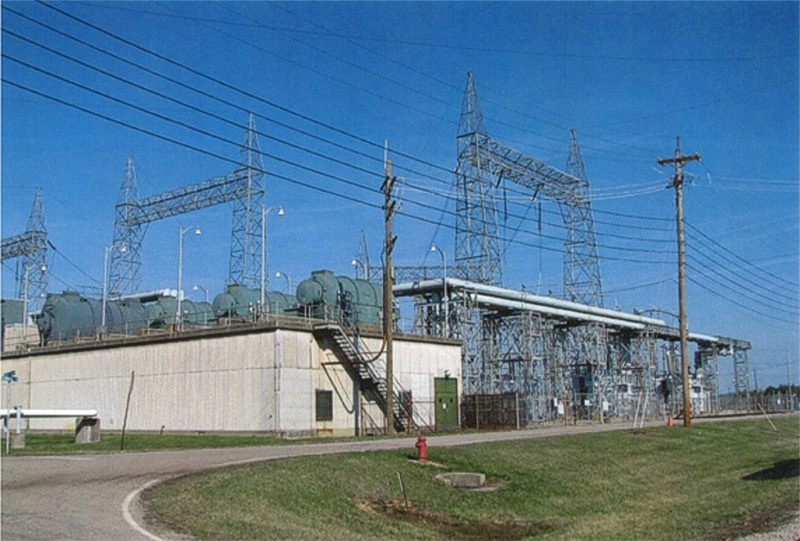