The X-600 Steam Plant was built between February 1953 and September 1954 to provide all the steam required for process and building heating purposes, cleaning equipment and various other uses throughout the gaseous diffusion plant. The building was upgraded with stack emissions controls and coal-handling improvements in the 1980s and 1990s.

The purpose of the Steam Plant was to 1) heat buildings, 2) vaporize UF6 in autoclaves, 3) obtain UF6 samples, 4) maintain process temperature, 5) clean equipment, and 6) provide heat for other miscellaneous process operations. Steam was distributed throughout the site by two aboveground lines referred to as the east and west loops. Water for the steam was softened using sodium zeolite (in earlier years hydrogen zeolite was also used).
Coal to fire the boilers was trucked to the plant and stored just south of the Steam Plant in the adjoining 600 ft. long x 300 ft. wide X-600A Coal Pile Yard. Coal from the storage yard was moved by bulldozer to the track hopper for normal handling by the Steam Plant’s conveyor system. The approximate 4.1-acre Coal Pile Yard had a storage capacity of 50,000 tons but usually held about 10,000 tons. When the entire gaseous diffusion plant was in full operation, coal was consumed at a rate of 80 tons per day.

The D&D effort took 30,000 manhours and was safely completed in 51 calendar days with no first-aid or reportable incidents. The last container of building debris was shipped off site for disposal on September 30, 2013. A total of 194 containers, each weighing 40,000 pounds of debris, were shipped. Another 330 dump trucks or roll-off container loads of sanitary waste were delivered to a local landfill. In all, 11 million pounds of waste were shipped from the X-600 Steam Plant demolition project. 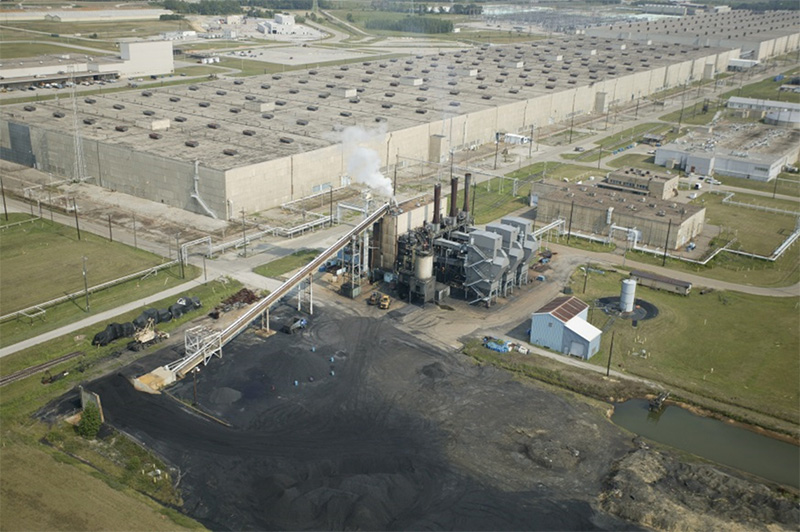